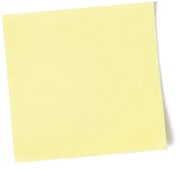 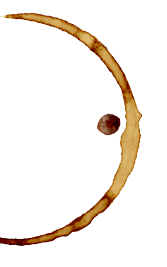 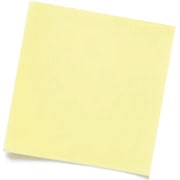 Grace Darling is an internationally renowned heroine. During the summer months visitors flock from all over the world to fill the small museum built in memory of her.

To improve the flow of visitors through the museum and develop new displays, Blue were asked to work with the project architects to create a brand new museum. Our challenge was to display large items, such as the coble Grace rowed, in a new and thought-provoking way and explore the idea that Grace was arguably the first victim of a new ʻcelebrity cultureʼ. 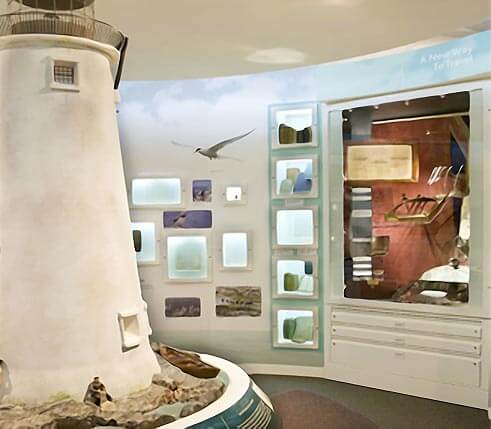 The old museum building was in a very poor condition. We concluded with our client that it was beyond renovation and a new build was required.

The rich archaeology of the area made exceeding the existing footprint impossible. Our proposal was to expand forwards onto the courtyard with a glass extension that accommodated the shop, reception and orientation, while retaining the 1930s brick façade. 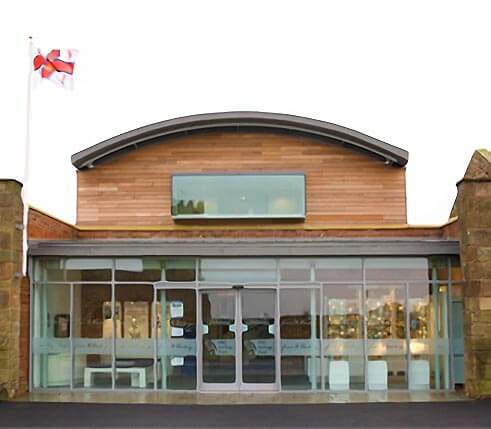 The coble Grace used on the night of the rescue is the star exhibit. We worked with the conservator and architects to create an environment safe enough for the coble to be on open display.

A dramatic AV presentation telling the story of the rescue includes film of a storm at sea projected onto the coble, which provides an atmospheric interpretation of the events and helps visitors connect the object to the story it tells. 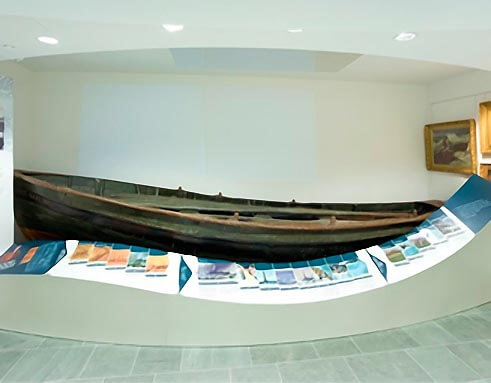 The rotunda area is the main exhibition space and reflects the shape of the lighthouse Grace lived in.

We chose this layout as it ensured there are no bottlenecks, cul-de-sacs or one-way routes, which would cause visitor flow problems at busy times. The rotunda integrates showcases, graphics and visible storage drawers. 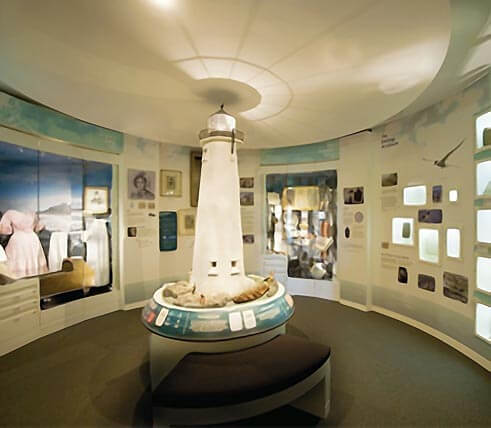 A flexible mounting system was developed for the new museum to allow a large number of objects to be displayed in a very small space.

We wanted to be able to place objects anywhere in the showcase, without seeing the structure supporting them. The resulting layout presents each object individually, communicating its own unique story. 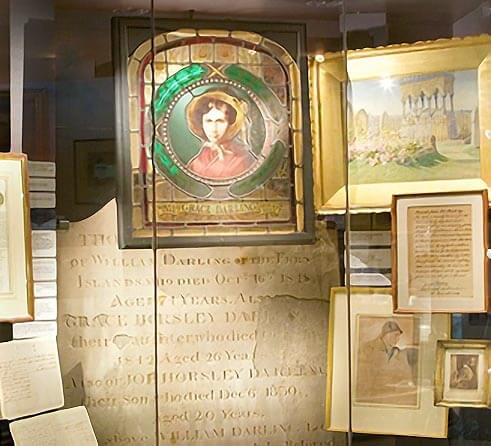 A model of the lighthouse Grace lived in forms the centre piece of the rotunda area.

Interactivity is provided by inviting people to think about how Grace would have helped her father in the daily chore of maintaining the light. Visitors choose which order they think tasks had to happen. If they get it right, the light at the top of the lighthouse illuminates and rotates around the gallery. 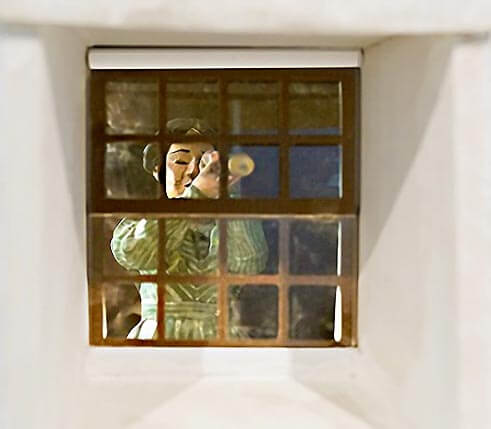 Providing a new, more accessible museum, for visitors was the key aim.

But replacing the old museum with something volunteers would still be proud of and willing to dedicate hours of time and energy to was also crucial. 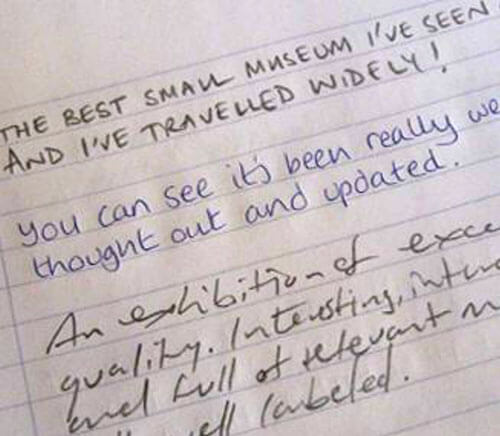